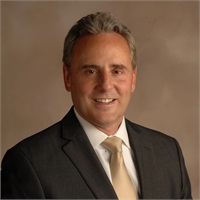 Kevin is the Village President of Bartlett, IL and a Resident since 1993. He is a successful businessman, a  proud father and an accomplished civic leader.

Kevin and a partner opened Integrity Financial Services, Inc., a startup mortgage bank, in Oak Brook,  Illinois. By 2003, they had more than 40 employees. Later that year, Kevin sold his portion of the  business and opened another mortgage company in Bloomingdale, Mission Financial Group, which was  purchased by Chicago’s Mobium Mortgage Group in 2005. Kevin stayed on as the CFO and director of  sales and marketing for two years, after which he went to work for Wintrust Financial. He then served as  the president of Biz Charters Inc., a private airline charter company. Kevin is currently working as a  financial advisor, helping individual investors, business owners, executives and retirees reach their  financial goals.

On the personal side, Kevin and Deborah, his wife of 30 years, have three adult children, Madeline,  Brenner and Jack.

Kevin is a proficient athlete who has run the Chicago Marathon five times and also qualified for and ran  the Boston Marathon. He enjoys golfing, fishing and both water and snow skiing, but is equally proud of  being a coach for almost every sport his children participated in – soccer, baseball, football, and  lacrosse.

Throughout the years, this dedicated civic leader has been active in many local organizations, including  the Bartlett Rotary Club and the Bartlett Chamber of Commerce, where he served as treasurer and as  chairman of the board for two terms. He first was elected Village of Bartlett president in April of 2013  and was re-elected to his third term in April 2021.

As Bartlett’s mayor, he has overseen projects of generational impact like the switch to a Lake Michigan  water supply and the building of a new, state-of-the art police facility. His efforts to modernize the use  of technology, increase efficiency and transparency of municipal services, and invigorate the  development process have been hallmarks of his tenure in office.